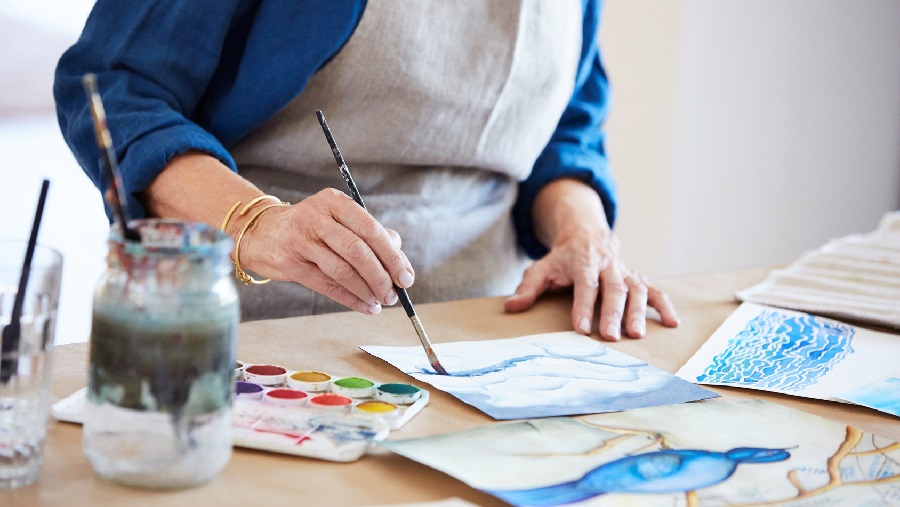 The Power of Art

Some artworks have great power. Even simple pieces, such as American Art, can stimulate the senses through layers of colorful paint. The artist’s vivid colors and patterns can capture the viewer’s attention. Other paintings, such as Wassily Kandinsky, make a powerful visual statement.

They create a sense of drama.

Art is the expression of power, and a powerful piece of art can convey a great deal of drama. Whether it’s the roar of a rocket or the splash of crashing waves on a rocky shore, a powerful painting can make the viewer feel like they are part of the action. The same thing can be said for music.

They enhance a sense of well-being.

In addition to providing an outlet for self-expression, the arts can also be therapeutic. Research shows that arts engagement can decrease patient anxiety, depression, and stress. The skills have also been shown to improve the quality of life in cancer patients. Furthermore, art programs for mental illness can improve self-understanding and confidence. The arts can also be a powerful vehicle for change.

Health psychologists are increasingly looking at arts as a therapeutic tool. They find that it can help people heal emotional wounds, develop critical thinking skills, and improve self-awareness. A recent report from the World Health Organization maps the global research literature on arts and health. It cites more than 900 scientific papers and more than 200 reviews on the effects of art on health.

Researchers have also been studying the connections between the arts and the brain. They have used biofeedback to examine the effects of art on neural circuits, neuroendocrine markers, and adaptive responses to stress. In one study, cognitive neuroscientists found that the creation of art reduces cortisol levels and promotes a positive mental state. This research has been referred to as neuroesthetics, which is the scientific study of the neurological basis of art.

Socially engaged art can create new forms of dialogue by attaching itself to subjects outside its discipline. Such art can disturb the status quo by making people’s expectations visible. Such art also can reveal the antagonistic nature of human relationships. However, socially engaged art cannot replace a failed welfare state or neoliberal management of society.

Art must empower citizens from all walks of life to create social change. For example, an artist can use dance to address racial and gender inequality. Some artists are promoting the use of physical theatre to combat violence, while others have embraced social justice. For example, a Kenyan filmmaker, Wanuri Kahiu, has advocated using art to bring about social change through her work. Her film Rafiki, which premiered at Cannes Film Festival this year, has received worldwide acclaim and was the first Kenyan film to be invited to the festival.

In 2012, immigration activists collaborated with a group of artists to change the public perception of immigration. They took inspiration from the freedom rides of the civil rights movement and traveled around the southern U.S. in an old bus named Undocubus. Their mission was to spread positive messages to as many people as possible.

The broader historical argument of American Art synthesizes the narrative of historical events and a more comprehensive philosophical argument. The approach aims to replicate the function of history in classical antiquity, which was to teach philosophy by example. At the same time, history is a record of when what, and how; it is also a story of why.