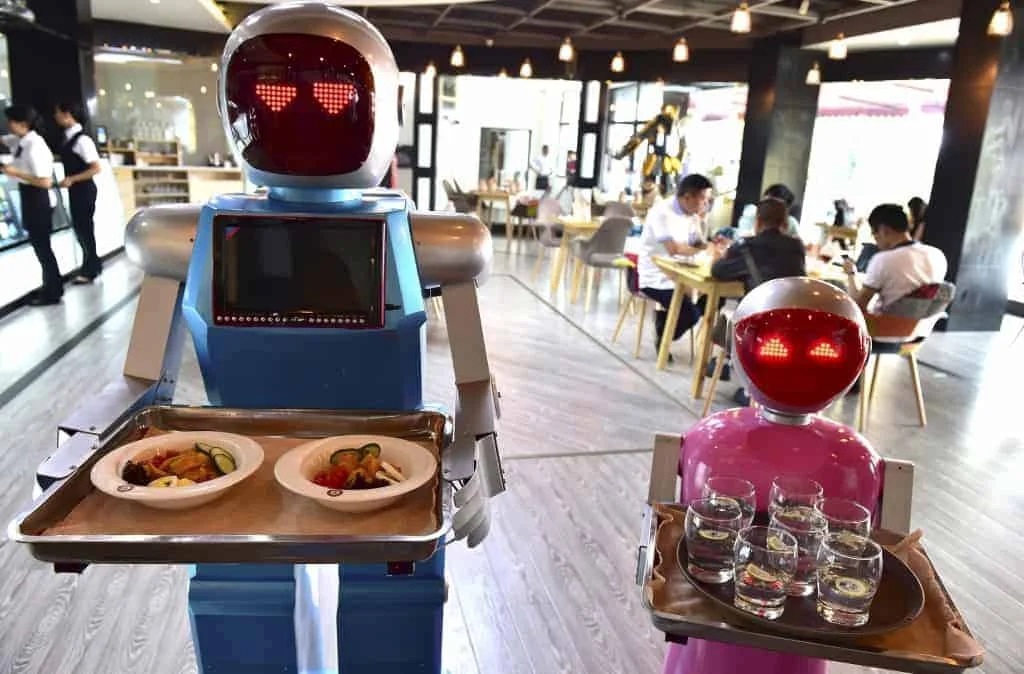 Are Robots the Future of the Fast Food Industry?

It’s no secret that the fast food industry is in trouble. Sales are down, profits are shrinking, and customers are looking for healthier alternatives. Many experts have predicted that robots will be the future of the fast-food industry, and it looks like they may be right. In this article, we will discuss the role of robots in the fast food industry and explore some of the benefits they offer. We will also look at some of the challenges restaurants face in implementing robot-based automation.

So why are robots the future of fast food?

Robots can outperform humans when it comes to quality, speed, and customer service. Robots can prepare gourmet meals in seconds, take orders with near-perfect accuracy, and provide speedy table service. Some restaurants have also found that adding robot workers is a great way to cut costs because they don’t require salaries or benefits.

The most significant benefits of robotics in the fast-food industry are seen in staff reductions. Due to increased efficiency and performance, robots can help companies cut back on staffing levels while still providing good service. Many restaurants have reported that they can get by with fewer employees after implementing robot-based automation.

Robots also tend to boost customer satisfaction and increase sales. In a recent study, nearly half of fast-food patrons said they would be more likely to return to a restaurant if it had robot workers.

What challenges do restaurants face in implementing robots?

The main challenge that many companies have is simply the expense involved with automating their workforce. With the average fast-food worker earning approximately $15,000 a year, the cost of investing in robots can be pretty high. For many restaurants, it simply isn’t feasible to automate their workforce at this time.

Another challenge of implementing robotic automation is that most fast-food workers resist being replaced by machines. Many believe that they have more of a future with the industry than robot workers do. As a result, some fast food companies have faced work strikes and protests when they’ve announced that they will add robot workers.

Is it inevitable that robots will replace fast-food workers?

There’s no doubt that we will see some displacement of human workers in the coming years due to robotic automation. However, some experts believe that new technologies will actually cause fast-food companies to hire more workers. For example, the introduction of self-driving cars could put thousands of delivery drivers out of work, but it could also create demand for new jobs related to the technology.

The future of automation in restaurants is still uncertain, but there’s no doubt that robots are coming. It will be a while before robots start replacing a large portion of the fast-food workforce, but it’s clear that they have a place in the industry. With benefits like faster service and higher quality food, robotics in restaurants are here to stay.